Discord Server: N12Turbo.com now has a Discord server! Let's keep the community alive. We hope to see you there: https://discord.gg/3MDhUZb

Some proper pix I took of the car before it went away: 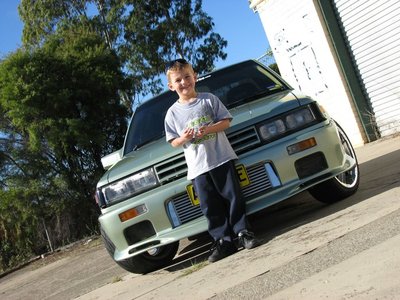 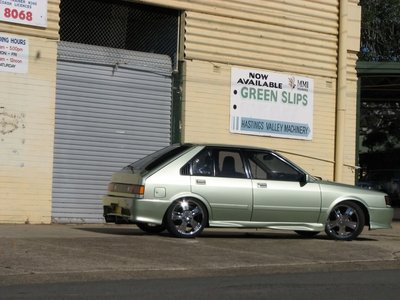 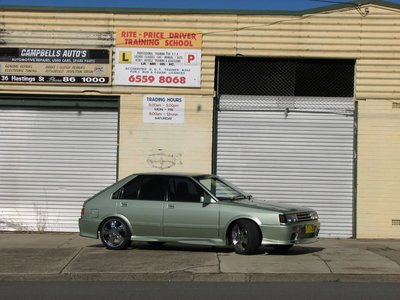 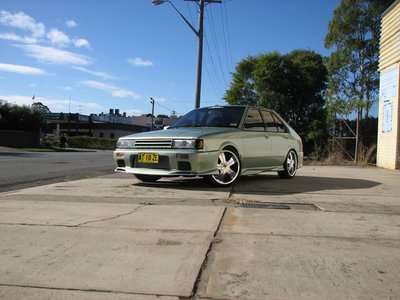 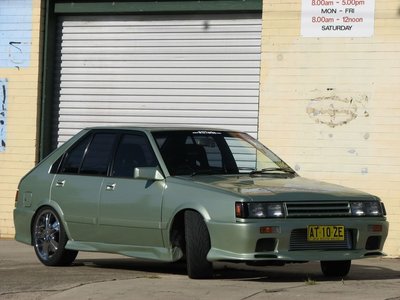 Some pix of the car itself:

Here are some old ones from when it was for sale.... 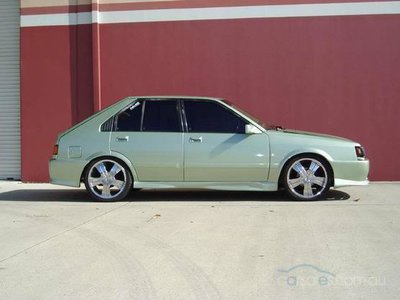 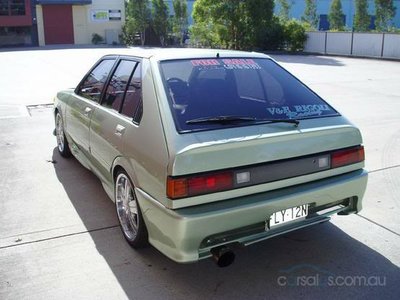 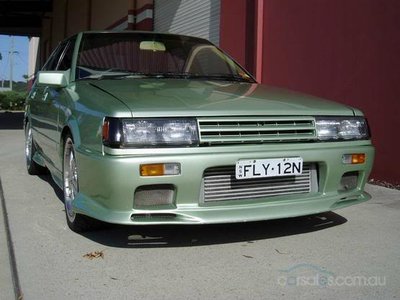 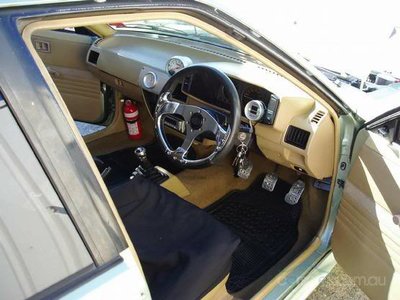 Here's a couple of pix I took at the Autobarn Car Show in Port Macquarie in Feb '08.... 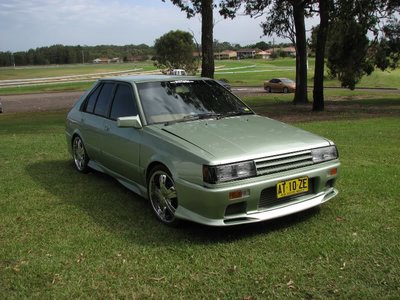 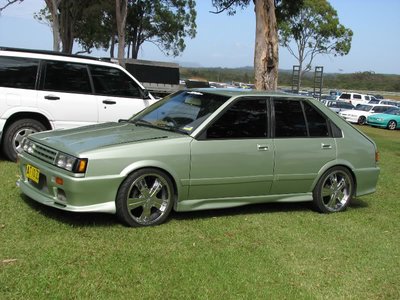 Some pix of the stuff I've done to the car:

Here's the battery relocation once I'd finished it: 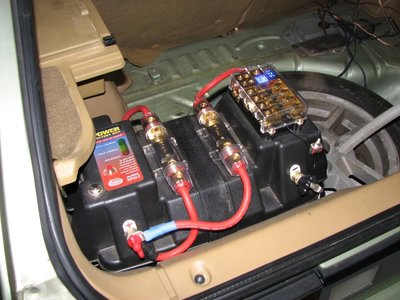 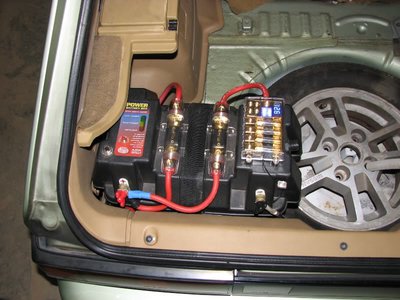 The Dash Swap out: 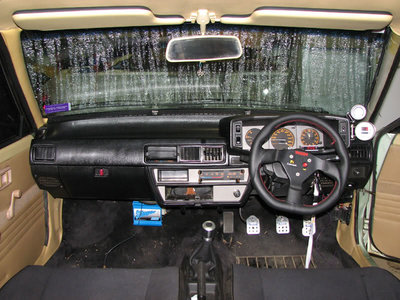 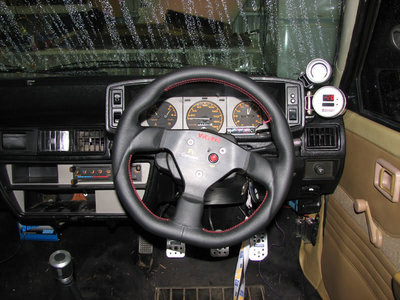 The Heatshield I made up for the turbo to stop some of the radiant heat.... 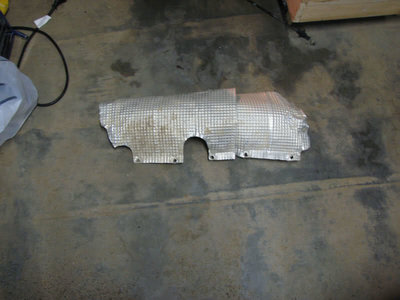 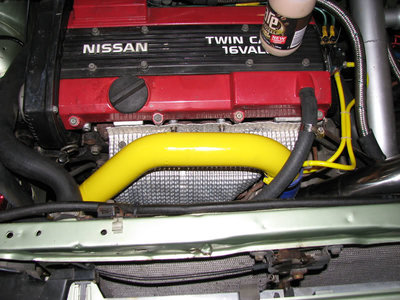 And here's a couple I took while the front was off and I was fixing a few little things like some messy wiring and the oil cooler that was just sitting on the intercooler plumbing. 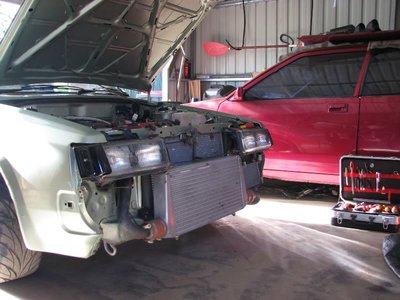 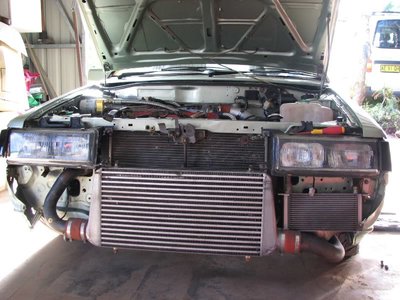 Some new pix!
Staging up for my first run down the strip at Willowbank: 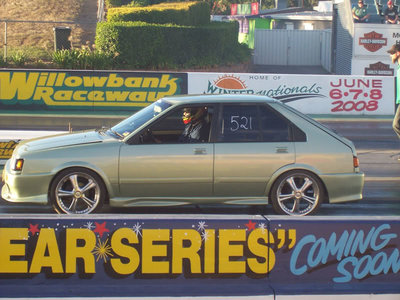 I've changed a few things around in the enginebay:
Relocated the oil filter from the RH Strut tower, so now filter changes are simpler and the oil hoses don't run across the top of the engine. 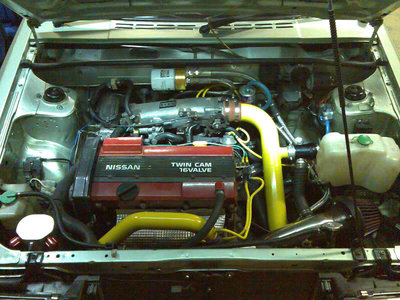 And added a 12V distribution block (was a case of have to when I found the worlds dodgiest wire join - see page 5) and a negative dist block under the washer bottle. 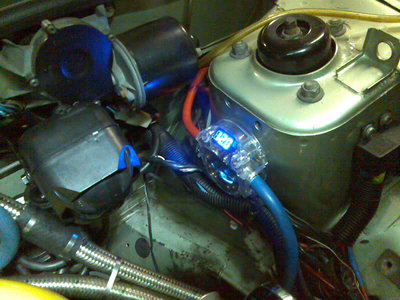 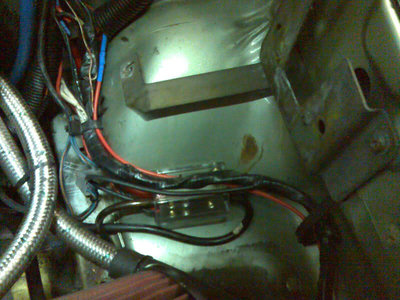 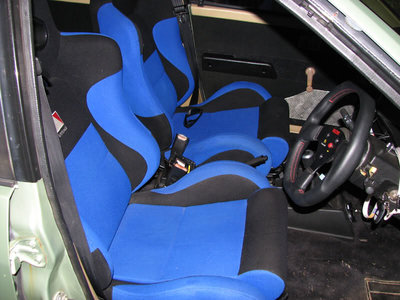 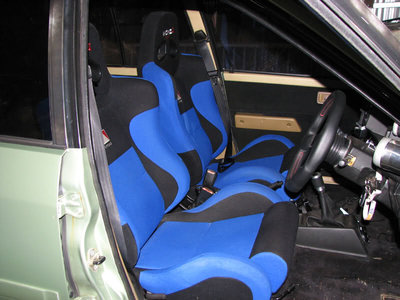 shame about the rest of the car though!

i was hoping you'd buy it! it's a very nice looking car

Nice car mate, I love that front end pic... looks tough as! Can't wait to see it when you come up to Brissy. Are you going to take it down the strip?

excellent car how did you get on with mounts gearbox etc? oh and is it still cable clutch
www.datman.co.uk
www.zxoc.co.uk
Top

Engine Mounts were made to suit, I think using standard E15ET ones.
Still cable clutch, I'm going to have a very buff left leg.
When I'm tidying some of the wiring up, I'll take pix of the mounts etc to give you guys an idea of how it was achieved.
--------------------
Trust no-one but yourself.

Top stuff Glenn, that'll keep you satified for a little while.

Sounds like you may have to invest in some shit proof seat covers also.

If you get bored, a mate of mine is cuz's with the 8sec CA powerd 1200wagon hitting the QLD strip these days.


Damo
Do humanity a favor, use your brain and fight the forces of WOO WOO!

Hey Damo - I'm thinking so! I've already managed to freak me out ......
I'd love to meet your mate one day, would be good to get some tips on these engines.
I was going to enter it in a car show here this weekend as an 'unfinished project' but decided against. Am spewing now though, some of the cars are absolute shitters!
There's also a dyno shootout too - you get 3 power runs. But I want to get it's tune checked before I go doing anything like that.
OT: most notable car on the dyno today - a purple gemini with an FJ20 and giggle gas - 450Hp at the treads! And it was a very very nice car to look at too!
--------------------
Trust no-one but yourself.

The Renegade wrote:Yeah, I'd love to see what it does on the 1/4 mile.

You'd think that traction would be excellent but whenever the little red number on the e-boost says 8 both wheels get all smoky....

Awesome stuff, by the sounds of it you should be able to hit a mid to low 13 depending on how well you get off the line. If I get my car tuned in time we will have to tee up a race at the track.
Number 5 on the Top Ten List - 12.39 @ 110mph

That's be great Uschi, although I am going to be very rusty! It's been at least 10 years since I've done straight track work, and even then it was on the old ghost road out the back of town!!!

I'll definately be getting my tune checked/fixed before I go doing anything though, even though the car feels great it's an unknown variable. Sort of like everytime I get a new car home I change ALL fluids and filters. Which reminds me....... I better do that.
--------------------
Trust no-one but yourself.

got the mounts etc