I've been on here before as "Reswob" but I couldn't get into my old account. I've had my pulsar for about six years now but old faithful is having soome problems. I am hoping that someone can help us out by pinpointing what the issue is.

Just before Christmas we started having trouble with idling speed. The battery, charge, brake and oil lights would flash up and then it would stall. This happened when the engine was warm.

When this started happening it would get all jerky as a prelude to stalling. We replaced the leads and when my husband, Ryan, removed the high tension lead that connects the ignition coil to the dizzy cap, the dizzy cap decided to crumble on him at the connection point between the lead and the cap. There looked like there was white corrosion or oxidation on the connection point where the plastic snapped off.

After replacing the dizzy cap, we were still having issues so we went to the mechanic down the road for some advice. He suggested that we should replace the ignition coil, which we did. The idle speed was really low (something like 450 rpm) and it seemed to be running rich. We got the mechanic to adjust the timing and check the compression. He told us the compression was fine.

All of this work has improved the car's performance but there is still an issue. When the car started on a cold engine it revs really, really high. When I give it some gas, normally this disconnects the choke but it's not responsive to this anymore. When the choke seems to disconnect itself finally, the idle speed seems ragged. When the engine is cold, it threatened to cut out. The charge and battery lights flashed up briefly a couple of times when I was in second gear. When the car is idling with a warm engine, it seems to give sporadic jumps or jolts, like it's misfiring. When we pulled into the garage, it was smelling very gassy. I still think it's running rich. The car has been running high revs when I pull up at the lights since I got it and I've tried to get mechanics to look at the issue but its never been resolved. This seems to be the same issue becoming more extreme. Has this car got a malfunctioning choke and would replacing it fix the matter?

We did call RACQ when it was hard to start on a hot day with a warm motor. The battery, charge and brake lights were lighting up. He thought t hat it was a fuel supply issue, either because it was warm or there was a blockage in the carby. He suggested that we get a mechanic to clean the carby out. We asked Lorretto, the mechanic down the road to do this. He cleaned out the jets but was reluctant to go further because carby kits for this model are hard to find. If we wanted to get this cleaned properly, what is the best way to get a carby kit?

Another possibility could be that the dizzy itself is on the fritz. Ryan noted that the rotor arm had a bit of corrosion on it, so maybe we need a new dizzy?

Any ideas what we should do next?
To rove where the emus pant in the heat, and pick the bones of life long past out of the shimmering sands of this sunburnt country....this is the journey of a girl, an antiquated geopick and an N12 Pulsar.
Top

Firstly, hey, Long time.
secondly, if you want to use your original login, then clear your browser cache.

To start with there is a decent electrical issue causing the dash lights to flash on and off. First and foremost, this needs to be sorted out.
id be guessing the choke is actually not getting power here and there and is staying on.

Changing coils and stuff isnt going to solve anything without fIrst sorting the electrical issue.

Things to look for first are the couple of fuseable links which should be right up just off the battery positive post.

next is to chech the battery/chassis/engine earths. Give them a decent pull/wriggle to see if any of them has come adrift. They will go from the battery to the chassis (down below the coil) to the engine block.
then there is another one at the drivers side near the relays located behind the washer bottle.

Forcd4 wrote:Oh fuk no dude it's you a again, the oracle. 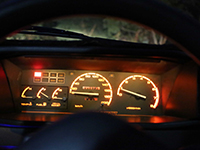 tassuperkart wrote: ↑Wed Jan 25, 2017 12:04 pm Secondly, if you want to use your original login, then clear your browser cache.